Hey there, urban thinkers! Planning Times is back this month with another issue to keep you on the hook for some fascinating concepts and developments in the planning fraternity! The last time we released an issue for the planners who wanted to pursue Master of Planning. If you didn't get to read that, you can read about A Guide to M.Planning in India.

This time, we wanted to let our readers know about some planned cities apart from the ones we generally hear about in media. We all know that plans are prepared for our existing cities that provide direction of development for its future, but we wanted to show you some examples of how cities would physically look once they are transformed from the plan to reality. This would give you a clear distinction of how cities are built with plans, and how some cities are built organically, and what are the differences between both types.

We have picked up four cities to show you how planned cities have been developed. These cities are Gandhinagar, Bhubaneswar, Naya Raipur, and Jamshedpur. You can read about the city features, the planners involved with the plan, and also the planning concept behind the city. We hope you are able to develop an understanding of how planned cities are planned and implemented and how they look like in reality.

For this issue, we have also given insight into one of the city branding initiatives that has been taken up by one of the peer organizations.

And do not hesitate to tell us your views about the newsletter, the content, and our mascot Terra the Turtle. Hope you enjoy the issue and stick with us till the very end!

Gandhinagar is the capital of the state of Gujarat in India and is located approximately 23 km north of Ahmedabad city. The city was planned as the administrative capital of the state and implemented between 1965-1970 by two India Planners, Prakash M Apte, and H. K. Mewada, and an influential group of architects from Ahmedabad. In spite of resistance offered by some industrialists, who supported this influential group, the government was determined to have the city designed by Indian town planners in the best traditions of Gujarat’s rich heritage of town planning, egalitarian ethos, and principles of Mahatma Gandhi.

Gandhinagar was planned on the western bank of the river Sabarmati and was designed on barren land with no sizable existing human settlements near about. Considering the southwest to northeast wind direction, the land to the north of the city was allotted for the then biggest thermal power station, and the adjacent areas were embarked for industrial use. A distance of 2000 ft. was maintained between this area & the township using a wide green strip of thick vegetation. The current and future population employed in state government offices was allocated in 30 residential sectors around the State Assembly-Secretariat complex. Each residential sector could accommodate about 50% of the total population, and was intended to house half of the population employed by the government. Plots on the periphery of each sector were meant for the private and supporting populations that constituted the remaining 50%.

The Master Plan for the new township was prepared in 1954 by the famous architect Dr. Otto. H. Koenigsberger based on the concept of neighborhood unit planning. The capital town was planned in 1958 and built between 1948 and 1961 at a certain distance from the temple town with no proper steps taken to preserve the individual identities of each. It was originally planned for 40,000 people with an area of 1684 Ha. It comprised of 6 units namely Units – I, II, III, IV, V, and VI, which were planned with the accent on horizontal rather than vertical growth.

Naya Raipur is the capital city of the Indian state of Chhattisgarh. The state of Chhattisgarh was formed on 1st November, 2000 after the bifurcation of the largest Indian state Madhya Pradesh. This called for a new capital for the new state and so the existing city of Raipur was declared as its make-shift capital which functioned for about a decade. But the Government of Chhattisgarh decided to construct a new capital city, Naya Raipur which is located 17 km southeast of Raipur.

Prominent consultants including architectural consultants, architects for the Capitol Complex, and Project management Consultants were appointed for the projects. Moreover, a new development authority known as Naya Raipur Development Authority (NRDA) was formed, to act as a nodal agency to oversee all development works. More than five years were spent in planning the city to make a sustainable, secure, and self-sufficient city of tomorrow. The city has been planned not only to serve as the administrative capital of the state but also to cater to the infrastructural needs of industry and trade in the region. Just like other Indian cities – Chandigarh and Gandhinagar, the planning of the city is primarily based on a grid-iron pattern of roads that forms several sectors. These sectors were planned to accommodate different functions of the city.

The original name of Jamshedpur was Sakchi which was renamed as Jamshedpur in 1919 as a tribute to Tata Steel’s founder Jamsetji Nusserwanji Tata, whose company opened a steel plant there. In 1911, when New Delhi was being planned as a grand imperial capital city, and an industrial town was taking shape in the form of Jamshedpur as a new experiment in urbanism. Unlike New Delhi, this city was an indigenous industrial development that was initiated, financed, and built by Indians using local resources and labor aided by foreign expertise. Jamshedpur, also known as the steel city of India, was incrementally planned over a period of 34 years by engineers and architects. It is India’s first planned industrial city.

While building the city, Jamsetji Tata focused on laying wide streets planted with shady trees, allotting plenty of space for lawns and gardens, and earmarking areas for temples, mosques, and churches. In 1909-12, the Pittsburgh firm of Julian Kennedy and Axel Sahlin was awarded the contract for designing and engineering Tata Steel Plant who built the colony for housing managers and skilled workers, and laid out gridiron. As the steel production of the plant grew and the population of the township increased, the earlier plan became obsolete so Fredrick C. Temple was appointed as the chief engineer for planning of the city who advocated on improving the sanitation. More industrial development followed, and Jamshedpur rapidly grew in importance. The needs and issues of the city were thus timely addressed by various planners. In 1930, due to the expansion of Tata steel, the township was in immediate need of housing which was addressed by Major P.G.W. Stokes who worked on quenching the shortage of housing as per Earnest Burges’ principles followed by Otto Koenigsberger whose primary motive was to implement Graden city concept in his masterplan for the city. However, he was not successful as the bustees had developed on the periphery of the industrial area. 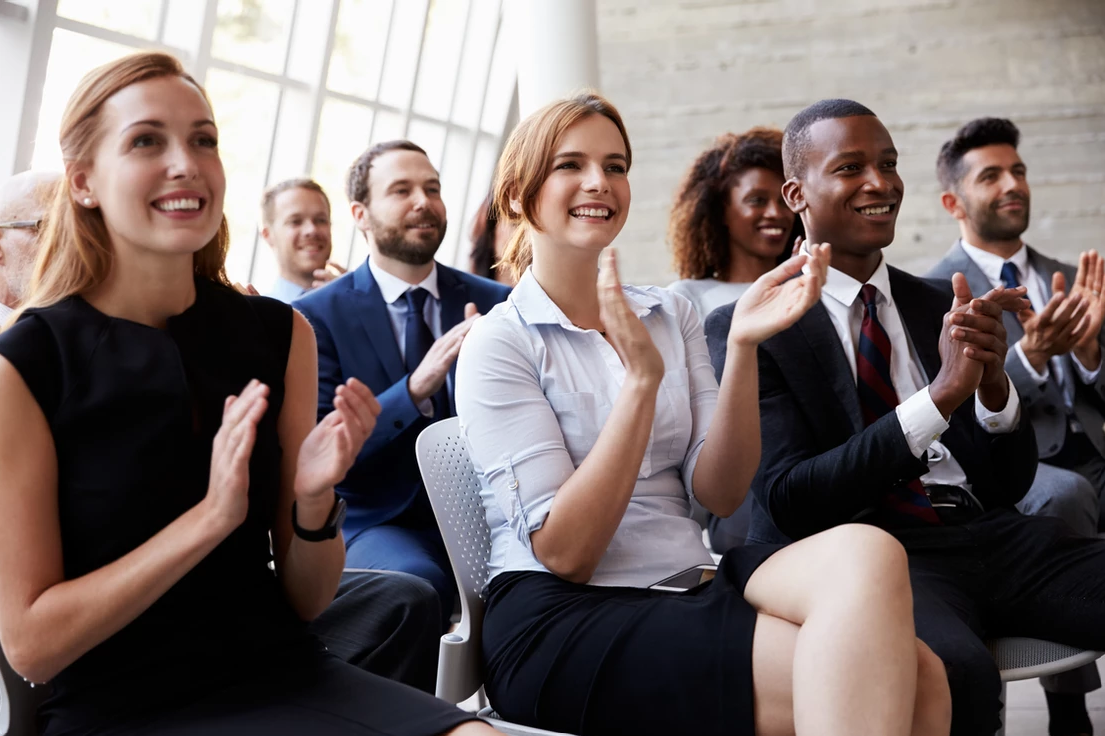 The Urban Innovation Lab announces the launch of the City Love and Prosperity Promotion (Clapp) program. It is a collaborative program to help Indian cities use city branding as a means to create more loveable and liveable cities. Clapp aims to create awareness, curate ecosystems, and catalyze actions for city branding. Orcomm Advertising is supporting this program as a communications partner under our City Branding Initiative.

City branding aims at highlighting and articulating unique elements of the city that help to generate a prosperous image of the city to its residents and visitors. It helps cities to increase citizen participation and citizen satisfaction by generating a sense of identity and ownership. Further, city branding leverages intangible values in the city ecosystem and presents opportunities for the socio-economic growth of the cities. It is operationalized through perception building and reputation management of the city from the perspectives of diverse stakeholders.

“Cities must be looked at as ‘products’ that have brand value. Such value can be monetized in several ways for the socio-economic growth of cities. For instance, with the city branding approach we can create citizen-led movements, tourism economy, cleanliness campaigns, environment conservation initiatives, startup ecosystem, and much more.”, said Ram Khandelwal, CEO & Founder, Urban Innovation Lab.

The Clapp program has three pillars. First, creating awareness focuses on developing an understanding of city branding, what it entails, how it can be useful, who needs to be involved, and so on. Second, curating an ecosystem focuses on collaborations and partnerships with various players (such as government officials, city ambassadors, anchor organizations, citizen associations) in the urban context to bring together collective consciousness and efforts to support city branding initiatives. And third, catalyzing actions focuses on developing pilot projects at the city level and walking the talk of art and science of city branding.

“City branding explores the dimensions related to user experience, perceived value, service quality, legacy, and reputation, amongst others in the context of the cities. It is a perception-based metric on how cities are seen as brands.”, said Amit Koserwal, COO, Orcomm Advertising.

Clapp will be vital in restoring the perception of the city for the inhabitants, and potential visitors. By shifting the image and the attitudes of the people, it would help to attract investments, and also demonstrate the treasures of the city. It will help to explore innovative approaches in urban areas and create a sense of love and attachment to the city.

“Symbolically, Clapp represents a sound of appreciation made by two hands. The program conceives decision influencers and citizens as two key players coming together. The idea is to generate an intangible value in the form of a city brand.”, said Karthik Girish, Volunteer, Urban Innovation Lab.

We’re looking forward to collaborating with city governments, development institutions, think tanks, influencers, private organizations amongst others to realize the full potential of the Clapp program.

To know more about Clapp and to collaborate, please write to us at [email protected] 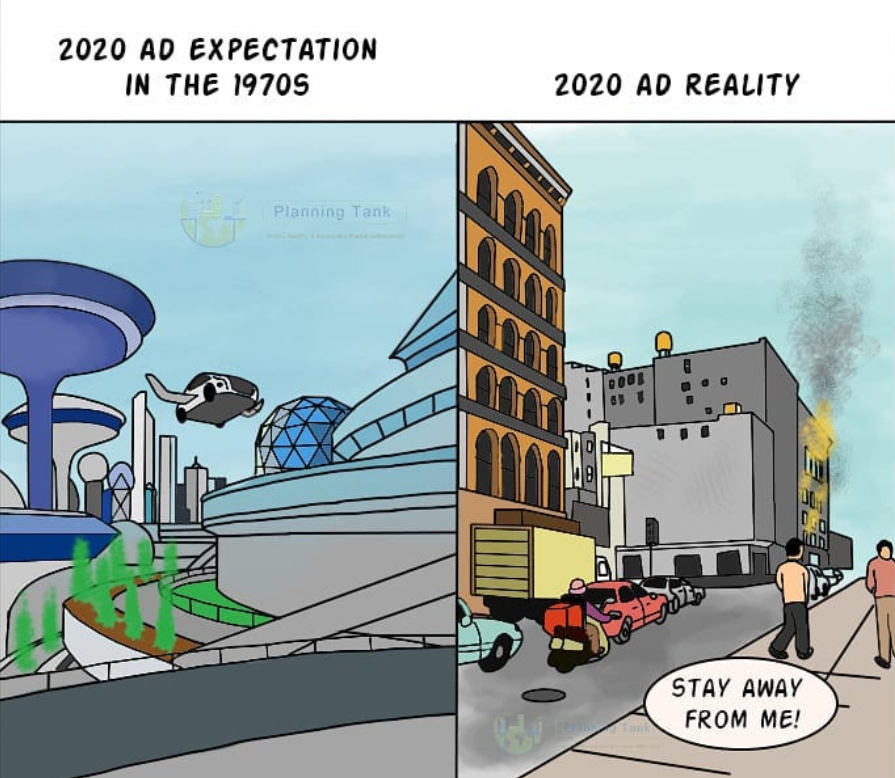